Charades is the fun game that friends and family of any age level can participate in. The only requirement is a lot of imagination, and a great sense of humor! 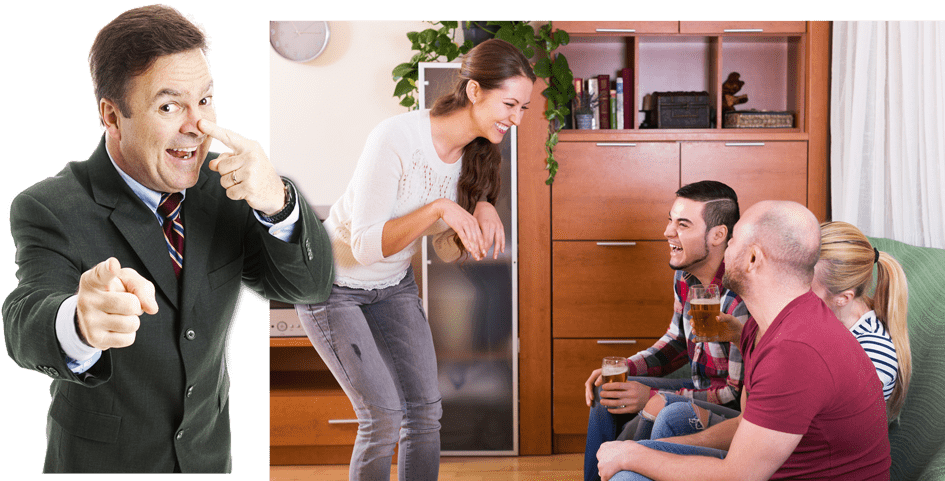 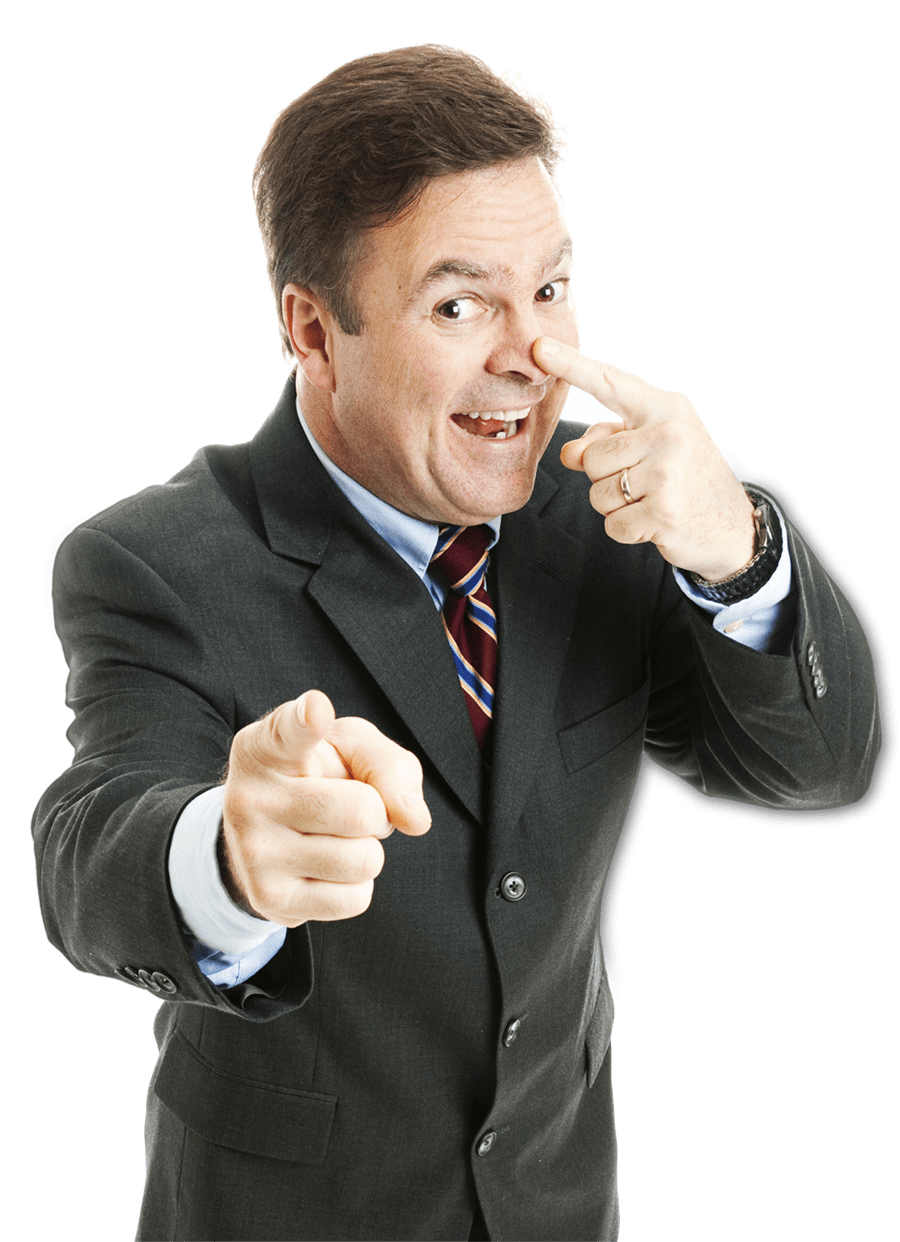 How to Play Charades

Charades is a word/phrase guessing game. It is an acting game in which one player acts out a word or phrase, and his or her team guesses the answer. The specific rules people use to play Charades varies a bit from person to person, but here is a step-by-step guide on how to play charades. 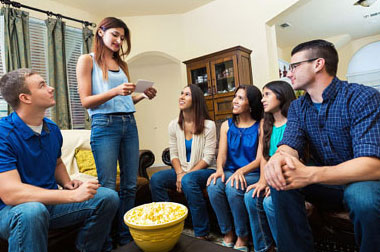 Split everyone up into two (or more) teams. Print out the Charades Clues on this site and place the slips of paper into a bowl.

Next, decide the playing order for the players on the team. It is usually easiest to just go down the line (if you are all sitting on a couch). Usually, one team on one side of the room, the other team sitting opposite, or a similar arrangement.

Decide which team goes first. The secret phrase is revealed to one member of the first team, the “actor”, but kept secret from the remainder of the first team, the “guessers”. The ‘actor’ then stands up and acts out the “secret” word or phrase for his/her own team. If the team can correctly identify the clue within the time limit, they get a point.

Then it’s the next team’s turn.

Set the timer for one minute if you’re guessing one clue at a time.

Sometimes players try to get as many as they can in the pre-determined time limit.
Sometimes you can get one clue guessed within a minute, sometimes more. Seeing how many you can get in a minute is not as advanced as it may sound. It actually creates more urgency and…more fun! Just keep track of the points. Time can vary. Setting the timer to 2 minutes is common when playing multiple clues.

The performing player is given a chance to review the (first) clue before the timekeeper from the second team starts the timer.

Timer: You can use a smartphone, computer, or use a timer from another board game that you may own. Here are some links to online timers:
www.timeanddate.com/stopwatch
timer.onlineclock.net
Mobile: m.onlineclock.net/timer

After the time is up, or the clue has been guessed, the next team has its turn, and you simply repeat from there till the final score is reached. The final score should be determined before the game. Most play to 21 then start again. 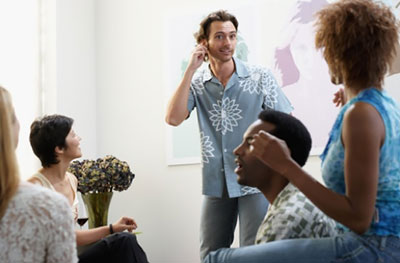 General Rules on How to Play Charades:

Remember, the person acting out the charade can’t speak or make any kind of sound, and can’t point at objects or people in the room to give clues.

Other than that it can be a free-for-all! (Keep in mind, these are all suggested rules. For example, some people prefer to allow pointing). 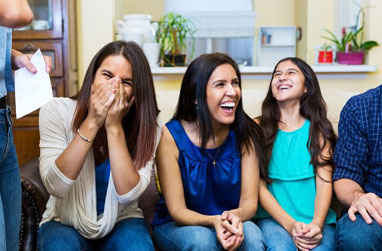 One you have an idea of how to play charades, click below to see all our charades words & ideas:

How to Act Out a Charades Phrase

When acting out charades words, a player must get the other players to guess what phrase they have without making any sounds, or saying any words. It’s all pretty easy once you learn how to play charades…

How To Win:
If any one of the guessers says the correct word or phrase within the time limit , their team gets the point! Make sure your guessers are always guessing.

Normally, when a player starts to ‘act’ out a clue, they should start by indicating how many words the phrase is, and then act out each word at a time. The ‘Actor’ indicates to the other players how many words are in the phrase by holding up their fingers.

Entire Concept
In some cases it may make more sense to try to act out whole phrase at once or the “entire concept”. Sometimes referred to as ‘Whole Thing‘: Sweep your arms in a big circle to indicate “whole thing.”

Small Words
Common small words are signed by holding the index finger and thumb close together, but not touching, as if holding something very small. Then the players try to guess the small word by yelling out all the ‘small words’ they can think of. Such as: the, and, an, am, be, it, on, to, of…etc.

Sounds Like
This almost always means “rhymes with.” (But doesn’t always have to rhyme) Gesture: Tug on earlobe.

On The Nose
“On the nose” (when someone calls out a correct word): point at your nose with one hand, while pointing at the person with your other hand. Make sure that all players understand that gesture!

The idea is, ‘nodding’ means on the right track, ‘On The Nose’ means ‘lock it in’, that word is absolutely correct. 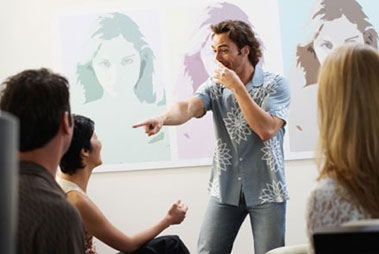 A Few More:
Longer version of the word: Pretend to stretch a piece of elastic. Stretching the word ‘Run‘ to ‘Running‘
Shorter version of the word: Do a “karate chop” with your hand on your other hand. Like chopping it in half.
“I” is signed by pointing at one’s eye, or one’s chest.
You’re on the right track: Wave both hands toward yourself, palms toward you to keep the guesses coming.

Advanced Gestures:
More Specific: Tap your fist into your other hand’s palm.
Back up to your earlier guess: Point to that guesser, & step backward.
Past tense: Move hand backward over shoulder.

How to Play Charades: Tips

Here are some tips on how to play charades…
If you can’t think of a way to act out a phrase, don’t forget to:

How to Play Charades: Do’s & Don’ts

The do’s and don’ts on how to play charades…

Since so many rules can vary, clarifying all the rules before the game begins can avoid problems later.

How to Play Charades: Rules For Kids

Tips for kids on how to play charades… 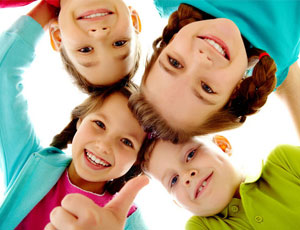 Keep the rules simple when you play with kids! With a bit of help, even kids as young as three can play. And remember kids will simply act out the “entire concept” of the phrase at once. Sometimes referred to as ‘Whole Thing’. Children who are four years and older can easily participate in charades. The younger the children participating, the easier the topics should be.

Charades ideas for kids on our site has great, easy phrases, for kids to act out.

Keep in Mind: If you have younger kids, however, you can pair them up with older children or adults so that they don’t get frustrated if they don’t get many of the guesses.

Check it out: Our Kids Charades page.

Everything you could possibly want for Charades in one place.
Approved & Tested Charades Words & Ideas to get your game on!